A Day With Adam Phillips

RAMS was honored to present renowned author & psychoanalyst Adam Phillips in San Francisco on March 15.  Here is a video excerpt from that day, in which the esteemed author is interviewed by RAMS staff member Dr. Loong Kwok.

Email ThisBlogThis!Share to TwitterShare to FacebookShare to Pinterest
Labels: Guests at RAMS, Presentations, Training and Education

RAMS will be co-presenting a feature film at the CAAMFest 2014, held by the Center for Asian American Media.


Kyle and Jen, estranged siblings, travel from New York City to rural Pennsylvania to pack up the home of their recently deceased mother. While there, they make a discovery that turns their world upside-down. 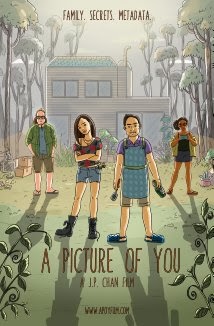 From writer-director J.P. Chan, his full-length feature film debut A PICTURE OF YOU is a poignant narrative of moving out and moving on.  Two estranged siblings — Kyle (Andrew Pang) and Jen (Jo Mei) — attempt to reconcile their differences over a weekend packing up their late mom’s lakehouse. Eschewing familiar sibling tropes, Chan’s film balances personal filial piety with modern guilt.  The result is a thoughtful meditation of life, death and the infallible bonds that keep us together.  (Christian Ting, CAAMFest)

RAMS will be co-presenting the showing on Wednesday, March 19th , at 6:40pm at the Sundance Kabuki Cinemas, 1881 Post Street.

A Picture Of You is described by J.P. Chan as "a serious movie about life that gets sideswiped in the supermarket parking lot by a funny movie about death. It’s a story about family, loss, secrets, letting go, and starting anew."  For more details, visit the film's website http://www.apoyfilm.com/ as well as their kickstarter page

Email ThisBlogThis!Share to TwitterShare to FacebookShare to Pinterest
Labels: Media

To register, use this link http://www.ramsinc.org/register.html

Click HERE to read more about the upcoming event.

Here are a few recent articles written about Adam Phillips, for your reading pleasure:

One Way and Another: New and Selected Essays by Adam Phillips – a review by Daniel Cohen in The Guardian.

"How should we read psychoanalysis? Many of its great theorists – Sigmund Freud, Donald Winnicott, Jacques Lacan – trained as doctors, and their successors tend to follow the rigid formulae of academic papers. However, for Adam Phillips, a practising psychoanalyst who is also a perceptive literary critic, it is "more illuminating" to consider psychoanalysts as poets "rather than failed or aspiring scientists"."

This Is Your Life - A psychoanalytic writer urges us to just deal with it. By Joan Acocella in The New Yorker.
"Phillips, Britain’s foremost psychoanalytic writer, dislikes the modern notion that we should all be out there fulfilling our potential. In his new book, he argues that, instead of feeling that we should have a better life, we should just live, as gratifyingly as possible, the life we have. Otherwise, we are setting ourselves up for bitterness."

Tickling Our Minds: How Adam Phillips Changes Our Thinking.  By Robert McCrum in Newsweek.
"He was taken up by the pragmatic English as a servant of the dark arts who could somehow translate the mysteries of analysis into brilliant, readable, and seductive prose."

Second Selves - "Missing Out", Sunday Book Review.  By Sheila Heti in the New York Times.
"Phillips continued in that Bomb interview to express his hope for “a world in which there is less art and better relationships. . . . The only game in town is improving the quality of people’s relationships. Everything is about group life, and there’s no life without group life.” This seems indicative of how he wants his essays to function: less like art-objects (beautiful, stable things to be contemplated at a distance) than a training ground for how we might relate differently to the world and one another through how we relate to the text. Modeling relations in a safe environment is what many therapies do; it’s fascinating to see it work in a book."

The Q&A: Poetry as Therapy.  By E.H. in The Economist.
"Freud suggests not exactly that we speak in poetry, because poetry has line-endings, but that we potentially speak with the type of incisiveness and ambiguity that we're most used to finding in poetry. So, to put it slightly differently: the reading of poetry would be a very good training for a psychoanalyst."
Posted by RAMS at 3/03/2014 No comments: