Richmond Area Multi-Services, Inc. (RAMS) is honoring “Asian Pacific American Mental Health Day” on May 10th which was first established in 2010, as declared by the State of California and the City & County of San Francisco, recognizing the importance of raising awareness about mental health in the Asian Pacific American community.

“Given the traditionally low rates of mental health utilization within this [Asian American] community, it is our belief that the creation of day to promote greater awareness of the mental health issues facing various Asian American and Pacific Islander communities is a critical and much-needed act of advocacy,” stated Dr. Gordon Nagayama Hall, President of the Asian American Psychological Association. Approximately 25% of Americans in a given year are impacted by mental health conditions regardless of gender, age, race, religion and socioeconomic status, according to the National Institute of Mental Health (NIMH).

In honoring Asian Pacific American Mental Health Day in 2011, RAMS is pleased to present an all-day training event “Asian Pacific American Mental Health: Knowing Our Roots and Growing Beyond” on May 10th which will be held at the State Building, Milton Marks Auditorium. The event features an exciting panel of presenters: Dr. Alvin N. Alvarez, Dr. Jean Lau Chin, Dr. DJ Ida, and Dr. Stanley Sue, and facilitated by Kavoos G. Bassiri. The presenters are recognized leaders, trailblazers, and legends in the field of mental health and working with Asian Pacific Americans. This training is funded by Mental Health Services Act and offered to the community through a collaboration of RAMS and Harm Reduction Therapy Center - Training Institutes. Please contact RAMS for more information.

The establishment of Asian Pacific American Mental Health Day was an effort spearheaded by RAMS along with California State Senator Leland Y. Yee, Ph.D. and San Francisco Board of Supervisor (District 1) Eric Mar. It was overwhelmingly supported by many major associations and community coalitions. “Since May is already established nationally as the Asian Pacific American Heritage Month and Mental Health Awareness Month, instituting this day in May more closely aligns both awareness efforts,” says Kavoos G. Bassiri, President & CEO of RAMS, Inc.
Posted by RAMS at 3/28/2011 No comments:

The shock and sadness of the news coming out of Japan as a result of the March 11 earthquake, the tsunami, and subsequent nuclear emergencies have touched many of us at RAMS. We join the world’s communities in sending our deepest sympathies to those people in Japan, the Bay Area, the US, and other countries abroad, whose lives, families, and friends were impacted by these events. No doubt it will take a long time to rebuild the country, and perhaps even longer for the physical, emotional, and mental recovery of people affected by this tragedy.

RAMS and its staff have been reaching out and working together with many other organizations to provide assistance, support, and manpower in this time of great need. One way in which you can aid RAMS in our efforts is to join us at the upcoming HAPI Hour for Japan. 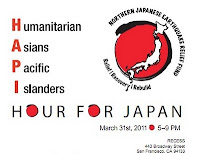 Proceeds will go to NORTHERN JAPAN EARTHQUAKE RELIEF FUND spearheaded by the Japanese Cultural Community Center of Northern California, an organization with disaster relief experience in Japan, focused on relief, recovery and rebuilding.

100% of funds go to the people who need it most… the victims.

Optional donations will be accepted at the door: $5-20 Suggested (100% of the door proceeds will go to the Northern Japan Relief Fund).
In addition, 40% of the bar proceeds (as well as the hors d'ouvres) will be graciously donated by Anna Tran (the owner of RECESS).
DJ Boy Wonder, DJ eHash and DJ Thaifoon are also donating their services.

Community Partners: The Tides Foundation
Posted by RAMS at 3/24/2011 No comments:

The Fair will also feature health related products and information from local vendors, fun activities, prizes and more. GLIDE Community Wellness Fair is free and open to the public. 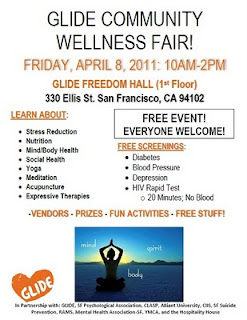 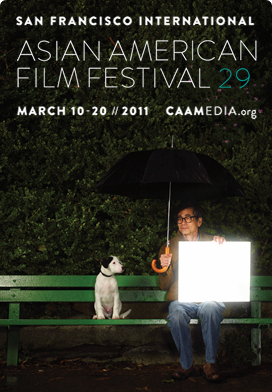 Once again, RAMS was proud to participate in this year's San Francisco International Asian American Film Festival, held by the Center for Asian American Media. The festival features 108 films from around the globe, and is a mainstay of the San Francisco Arts and Culture calendar. It is an enjoyable and eye-opening way to learn about Asian Americans and Asian cultures.

Through the involvement of Dr. Ravi Chandra, Medical Director at RAMS Adult Outpatient Clinic as well as a blogger for the SFIAAFF column "Memoirs of a Superfan", RAMS served as a community co-presenter for two films at this year's festival: THE TAQWACORES (USA, 2010), which features young Muslim Americans on a quest for identity through punk rock; and ABRAXAS (Japan, 2010) which is about a Buddhist monk who is undergoing an identity crisis and depression - he invigorates himself by returning to his roots as a punk rocker.

Thank you Ravi and everyone who attended the event!
Posted by RAMS at 3/20/2011 No comments:

Email ThisBlogThis!Share to TwitterShare to FacebookShare to Pinterest
Labels: Media

Seminar - Through the Lenses of History and Trauma: Understanding Russian-speaking Immigrants

Together with the Harm Reduction Therapy Center, RAMS shall be presenting an upcoming training:

Through the Lenses of History and Trauma: Understanding Russian-speaking Immigrants

The didactic seminar focuses on this phenomenon in the context of history and culture of the former Soviet Union, informed by the concept of transgenerational transmission of trauma. The presenter will discuss how one’s personal history and previous traumas (individual and societal) 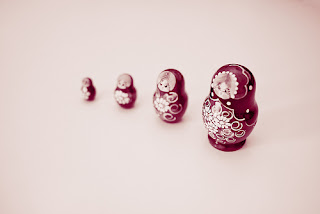 give unique personal meanings to experiences of immigration, dealing with associated psychological distress, and contribute to pathological symptoms.

Through film & case presentations and panel forum, there will be a facilitated discussion of the clinical and cultural aspects of the cases in the context of the trans-generational transmission of trauma and concepts introduced during the morning session. Discussion points include the panelists’ psychological insights into the film & case and share their thoughts on culturally typical family dynamics, rites of passage, and trans-generational relationships in the Russian culture.

The Harm Reduction Therapy Center (HRTC) has been engaged by the Community Behavioral Health Services (CBHS) to deliver a series of trainings in San Francisco on the topic of Cultural Sensitivity. Funded by Mental Health Services Act (MHSA), the project’s goal is to deliver 16 trainings aimed to improve the CBHS workforce’s understanding of the cultural & linguistic issues and needs that affect recovery and resiliency, and improve access to mental health services, for the following ethnic and cultural groups: African Americans; Latinos/as; Asians and Pacific Islanders; Native Americans; Russians; Lesbian, Gay, Bisexual, Transgender, Queer, Intersex and Questioning (LGBTQIQ) consumers; Transitional Age Youth; and Older Adults. These trainings are between April 2010 to June 2011.