RAMS is excited to share the Asian American & Pacific Islander Mental Health Report, newly released by the National Alliance on Mental Illness (NAMI) on February 15, 2011. This was the result of Listening Session (which we blogged about in November 2010), where RAMS President & CEO Kavoos G. Bassiri joined with 20 other participants to discuss the unique needs of the AAPI community.

The resulting report documents the diverse experiences of this community when dealing with mental health issues, including the many barriers and gaps AAPI individuals and families face when accessing services. The report also offers important recommendations to help mental health systems address these barriers.

The report highlights statistics from the U.S. Department of Heath and Human Services (HHS) Office of Minority Health (OMH) and National Asian Women’s Health Organization (NAWHO) posing concern:
• Asian American girls have the highest rates of depressive symptoms of any racial/ethnic or gender group;
• Young Asian American women ages 15 to 24 die from suicide at a higher rate than other racial/ethnic groups;
• Suicide is the fifth leading cause of death among Asian Americans overall, compared to the ninth leading cause of death for white Americans;
• Older Asian American women have the highest suicide rate of all women over 65; and
• Among Southeast Asians, 71 percent meet criteria for major affective disorders such as depression—with 81 percent among Cambodians and 85 percent among Hmong.

“Asian Americans and Pacific Islanders represent a rich diversity of languages and cultures” said NAMI Executive Director Michael Fitzpatrick. “They include traditions from China, India, Vietnam, Korea and the Philippines to name only a few. Mental health care must recognize cultural differences as well as common concerns inside our broader national community.”

Recommendations include:
• A national strategy of outreach and engagement using cultural messages, ambassadors and social media;
• A linguistically and culturally responsive mental health workforce, including recruitment of bilingual and bicultural members of the AAPI community; and.
• Recognition of cultural influences such as tight-knit family connections and individual and family desires to avoid stigma and shame from seeking treatment.

NAMI also put together this video with footage from the Listening Session, regarding Mental Illness and the AAPI community.

It is with great pleasure that we announce the appointment of Christine Tam, MA as the Coordinator of the Peer Specialist Mental Health Certificate program, which is jointly operated by Richmond Area Multi-Services, Inc. (RAMS) and San Francisco State University’s Department of Counseling. This 12-week course is designed to equip students with the basic counseling and case management skills and knowledge for entry-level or advancement in peer counselor/specialist roles in the behavioral health systems of care. The program is funded by the Mental Health Services Act.

We would also like to take this opportunity to express our sincere appreciation to Mia Veroy who is transitioning from this Coordinator position and leaving RAMS at the end of February 2011. Ms. Veroy successfully spearheaded the start-up and implementation of the Certificate program as well as effectively served as the Vocational & Employee Development Coordinator at RAMS Hire-Ability Vocational Services. She has clearly exemplified what amazing things can be accomplished through teamwork, empowering consumers, and offering innovative opportunities to our consumers leading to self sufficiency. We value all that she has done at RAMS and for the San Francisco community for the past six years and wish her all the best.

Starting February 2011, Christine Tam is assuming the Coordinator role. She is a bilingual & bicultural clinical social worker with many years of experience providing dedicated & culturally competent services to underserved communities as well as demonstrating exceptional organizational skills. Ms. Tam has been working in the social service field for nearly ten years at various local community settings, and is also currently at the RAMS Wellness Centers Program as a Behavioral Health Counselor. She has unique expertise in working in school settings and with immigrant communities, including the Asian & Pacific Islander American population. Ms. Tam received a Masters of Art in Clinical Social Work from University of Chicago School of Social Service Administration and earned her undergraduate degrees in Psychology and Economics from the University of Chicago.

We congratulate Christine Tam on her new appointment as the Coordinator of the Peer Specialist Mental Health Certificate program.
Posted by RAMS at 2/22/2011 No comments:

The Fu Yau Project is one of the many Child, Youth, & Family Services offered at RAMS. It is a collaboration of RAMS and Chinatown Child Development Center (CCDC) and is located at 720 Sacramento Street, in San Francisco's Chinatown district. This innovative program provides prevention and early intervention mental health services to the childcare community that cares for children, ages 0-5 years old. Services includes the following: On-Site Program and Child Observation; Clinical Consultation with childcare staff and families; On-Site Intervention with individual and groups of children; Parenting Classes and Support Groups; and In-Service Training for the childcare staff relating to child development and mental health related issues. The Fu Yau Project staff includes child psychiatrists, licensed and license-tracked clinical psychologists, clinical social workers, and marriage and family therapists, all of whom reflect the unique language skills and cultural competence needed to provide services for the children, families, and teaching staff of the childcare programs. 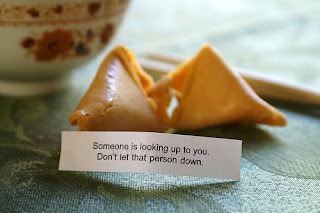 Through the Fu Yau Project, RAMS currently provides services at more than 44 childcare centers, 12 family childcare providers, four family resource centers, and one after school site, which are located in over nine San Francisco neighborhoods. The program's current client demographics include the following: 99% are low-income families with limited resources; over 80% of the families are of Asian & Pacific Islander ethnicity, many of whom are from China and have limited or no English-speaking skills; 12% are Latin Americans; 6% are African American.

The Fu Yau Project also distributes a semi-annual newsletter with great articles and tips on parenting and resources for the community. Check it out by clicking HERE.