Representatives from RAMS will be speaking about the importance of mental health and culturally-competent services in the A/PI community.  Attendees can learn about working in the mental health profession, challenges, and issues specific to the A/PI communities. This is a free event, open to the public.  Light refreshments shall be provided. 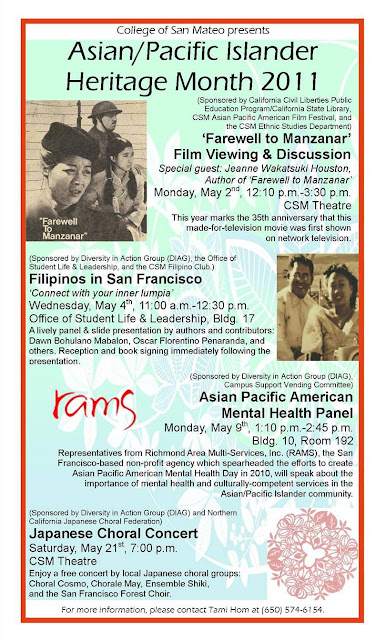 A Little Story About a Little Spending Money

There have been many organizations and individuals in San Francisco who have given assistance and support to Japan disaster relief efforts.  One story that caught the attention of Barbara Garcia, MPA, Director of Health - San Francisco Department of Public Health was about the residents and staff of the RAMS Broderick St Adult Residential Facility.  Here's what appeared in her Director's Report, as presented to the SF Health Commission on April 5:

Broderick Street: A Little Story About A Little Spending Money
Twice each week the residents of the Broderick Street Adult Residential Facility (33-bed occupancy), a Direct Access to Housing program, come together for a community meeting. The residents who call Broderick home have both medical & behavioral health conditions and live on fixed incomes that give them an average of $125/month for spending money. At the community meeting shortly after the Japan earthquake and tsunami, RAMS Administrator at Broderick, Michael Badolato, noticed an especially somber atmosphere among the residents, many of whom have a difficult time articulating feelings. But on this particular occasion, it became apparent that the tragic events in Japan, along with the images of the terrible suffering of the victims, were affecting even the Broderick residents. A discussion about feelings of helplessness and overwhelming sadness for the people in Japan lead to a suggestion that making a donation to the relief efforts would be something they could do, and make a difference, in the face of so much devastation. Michael Badolato inspired the residents: he would match out of his own pocket any money that the residents contributed. The residents came back the next week with $150, matched by Michael for a total of $300. And because good deeds can frequently inspire more good deeds, the staff at the Broderick also raised and contributed another $150.
Last week, Michael Badolato had the distinct honor of delivering $450 to the Japanese Cultural and Community Center of Northern California from the 33 residents & staff of Broderick. RAMS is involved in variety of Japan relief efforts. I know the Health Commissioners join me in thanking the Broderick residents, Michael Badolato, and the staff at RAMS for this moving gesture.
Posted by RAMS at 4/06/2011 No comments: 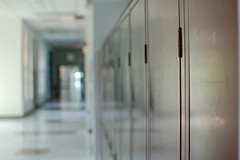 One Wellness Center serving two distinct communities under one roof is located at The Ruth Asawa School of the Arts and Academy of Arts & Sciences high schools. This Wellness Center is in its fifth year and serves a diverse student population of nearly 1000 students. Shana Averbach, the full-time Behavioral Health Counselor, in addition to providing direct services to students, consulting with parents and teachers, and collaborating with community resources, believes that educating the entire school community about holistic health topics is key to supporting youth and families. She, in collaboration with her wellness team and student advisers puts out five newsletters per year, addressing mental health issues, providing nutrition and physical health information, and providing a space for parent/student dialogue.
Check out the first three newsletters by clicking HERE.